A classic brunch dilemma…savory or sweet? Searching the menu, deciding between the syrupy pancakes or salty omelet. Perhaps you are like me and even try to pressure your friend to split with you so you can get the best of both worlds.

This dish is the perfect marriage of sweet, spicy, and savory. It satisfies every craving! What is better than fluffy cinnamon waffles, golden-brown fried chicken, and spicy maple syrup? Rather than going out this weekend and forcing your friend to order those pancakes, have them over and give this recipe a try! 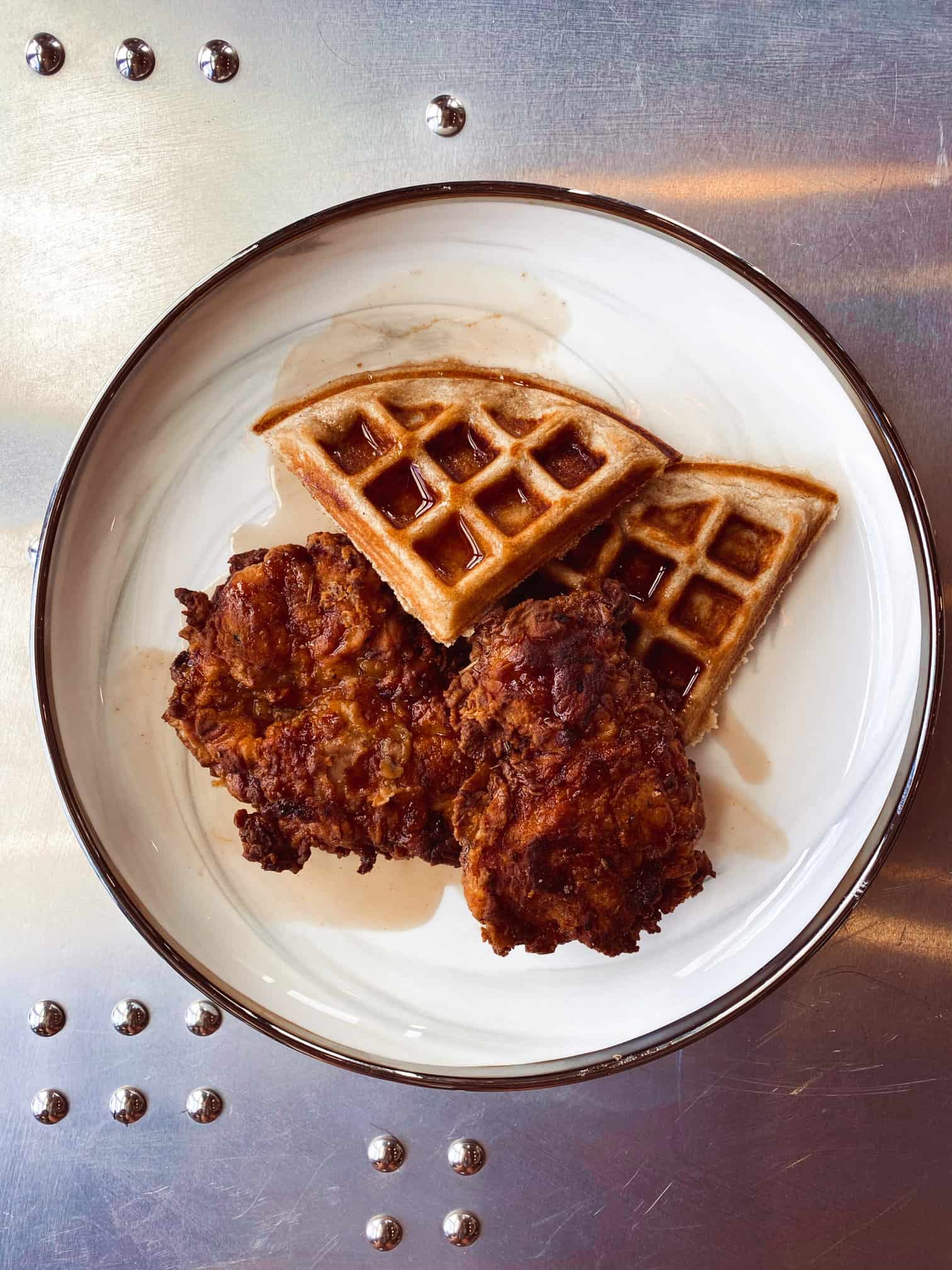 Chicken and Waffles with a Hot Maple Syrup

I'm Emma & welcome to Essence Eats! Here you will find creative takes on classic comfort food recipes! From decadent desserts to warming soups, these recipes will give you all the cozy feelings.