Although Arizona is hot a majority of the year, I still look forward to all of the autumn produce; figs, pomegranates, pears, grapes, and many more. What better way to intensify the flavor than make a salad of it? For this salad, the show stopper is pear! I chose the Anjou pears. Their sweet, citrus-like taste is hard to beat and compliments the other components of this salad.

Salads are simple and refreshing meals that allow us to get creative. If there are any elements of this salad that you don't like, you can simply substitute. For example, goat cheese can be substituted with feta or even blue cheese. The spiced pecans could be substituted for a more simple roasted walnut or even pine nuts.

A bite of this salad is this perfect balance between savory and sweet. The bourbon candied bacon tastes like sweet and salty candy. The spiced pecans have a kick to counteract the sweet pears and pomegranate arils. The goat cheese adds a creamy, earthy aspect. Altogether, the salad is incredibly flavorful and a great fall dinner or side dish. 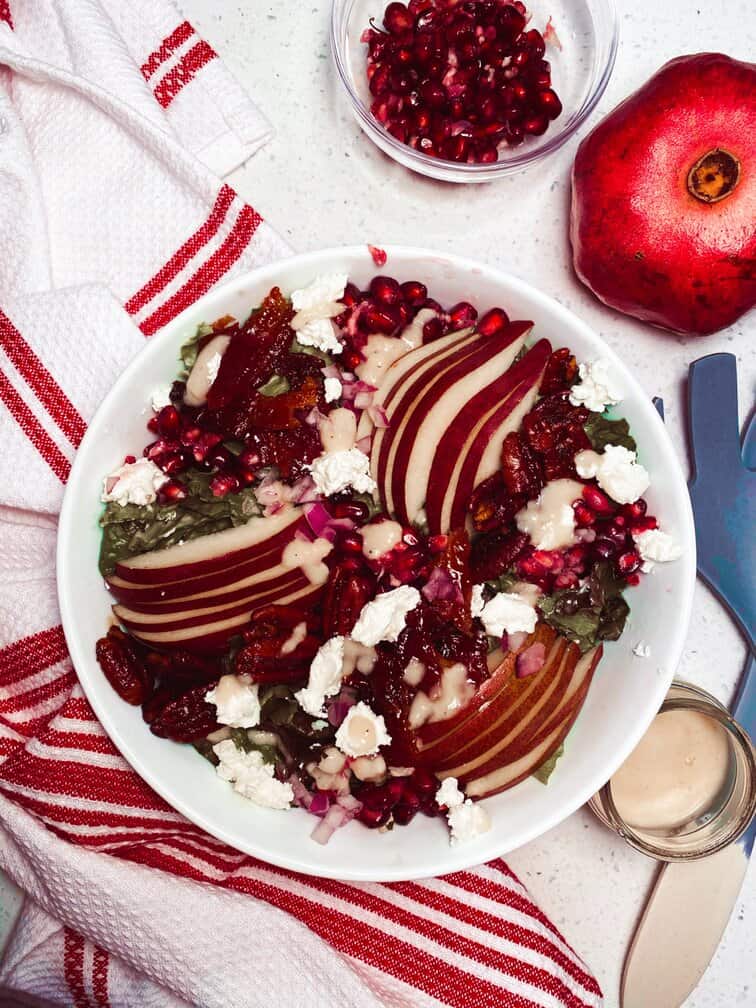 I'm Emma & welcome to Essence Eats! Here you will find creative takes on classic comfort food recipes! From decadent desserts to warming soups, these recipes will give you all the cozy feelings.